Hannah is a freelance relocation writer from NYC that has become an expert on packing and unpacking. If you’re an Angeleno who’s thinking about leaving LA in search of something better, you should definitely put the capital of the United Kingdom on your shortlist of places to move to. Moving from Los Angeles to London is an excellent idea for so many reasons, and we will break them down in the following text, so keep reading for all the useful info.

Relocating to the UK’s capital from LA is definitely worth it. These two cities actually have a few things in common, so it won’t be too hard for you to get used to this change. The Big Smoke, as it is known, has an outstanding job market, it’s one of the best cultural hubs in the world, and it offers high-quality living standards. The metropolis is full of green areas, and it is known for having many beautiful neighborhoods – with renting prices lower than in LA. Lastly, you wouldn’t have to worry about breaking the language barrier, which is a massive plus for international relocations.

Moving From Los Angeles to London – Is It a Good Idea?

Is it better to live in LA or London? If this question has been on your mind for quite some time, it’s clear that you have doubts about the City of Angels – it might be time to leave it. You wouldn’t be the only one since many Californians have been leaving in recent years.

So, is joining the California Exodus a good idea for you? Or is LA better than London when it comes to the quality of living? Moving to London from Los Angeles can bring many benefits, and we will explain why relocating abroad to one of the best European countries is a brilliant idea.

Before you get to enjoy the marvelous views of the Thames and Big Ben, you will have to face the challenge of moving internationally on your own. This task might be complex and stressful (relocation stress is always present in these situations), but still – the pros outweigh the cons. Whether you are relocating to another country for love or a career, we’d say that the answer to the question Is moving to London worth it? would definitely be yes. #1 You’re Already Used to Big City Living, So It Won’t Be Hard for You to Get Accustomed

Since you’re currently in LA, it’s safe to say that you know how to live in a big city, and that will be a huge advantage when relocating to another country. It means you can manage the hustle and bustle of a metropolis. If you can handle LA, The Big Smoke will be a piece of cake. You just need to learn a few relocation hacks, and you’re good to go.

These Two Popular Cities Have a Few Things in Common

Is it hard to move to the UK from America? When you look at it from the practical aspect, every relocation is complex, but that’s not something that will stop you from experiencing the benefits of relocating. Although this move might seem like a big change, it’s actually not as difficult as you might think. These two cities have a lot in common.

If your primary concern about relocating overseas is that you wouldn’t be able to fit in and get used to your new surroundings, choosing The Big Smoke is a decision you won’t regret. The cities have similar entertainment options and marvelous job opportunities, and you will still have the highest quality of life you can imagine.

When it comes to work opportunities, the place where royalty lives beats sunny LA without a doubt. Sure, you can make a nice living in LA, but we all know that it hasn’t been in its prime lately – the Corona pandemic has changed things a lot and helped speed up the California Exodus.

On the other hand, The Big Smoke is holding its own, and you can always find great work there. Of course, getting a job in this financial hub ahead of the move isn’t a relocation essential, but it could be easier. Americans sometimes struggle to get used to the work environment here, as it’s not the same as in the US. Still, getting over a bit of culture shock isn’t such a complicated thing to do. Britain’s metropolis has a long history that spans more than 2,000 years – there are so many amazing places you need to see. From classics like Westminster Palace or Royal Botanical Gardens to countless pubs, some with great stand-up comedy shows. It’s clear that you will never be bored here. It takes a lot of time to see every important spot in the city, and there is always something to do when you want to go out in the evening. This metropolis is worth relocating across the world, that’s for sure.

The theater scene is strong, there are so many libraries and museums, and the music scene is also fabulous – all of the world’s great artists often come here to perform at the Wembley or O2. People who live in The Big Smoke take the culture very seriously, and you can be sure that you will always have something new to learn and broaden your horizons. So, why hesitate to book relocation and packing services for an international move and make it an efficient relocation experience? LA is known as a place where you can’t survive without a car. Angelenos spend so much time stuck in traffic – if you’re sick of wasting your precious hours like that, you will enjoy becoming a Londoner.

While LA has a decent public transportation system, it comes nowhere close to the one in The Big Smoke. In the UK’s capital, public transport will probably be your main option for getting around. That means that you don’t absolutely require to ship your car overseas, but it would still be wise to have it by your side – think about this before you book a relocation service.

For now, let’s take a look at the video below to learn more about public transport in the largest city in the UK. 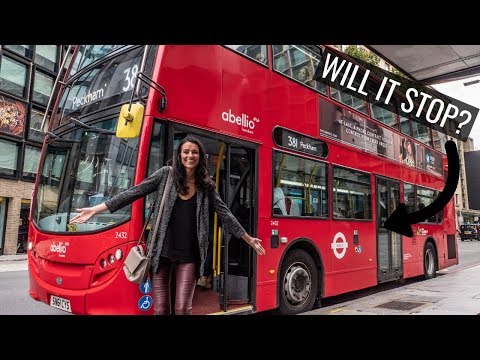 Compared to LA, The Big Smoke has so much more green areas. Even though it’s a truly urban area, 18% of the city is covered in park areas of varying sizes. Here’s a fun fact – if you put together all the surfaces that are covered by roads and railways, the green areas still cover more square meters. Some of the most beautiful parks in London are:

#6 The Renting Prices Are Lower Than in LA, and So Are Groceries and Entertainment

Even though you probably aren’t happy with the moving cost from LA to London, coming to one of the best cities in Europe won’t be such a huge hit on your budget. However, if you’re wondering – is London cheaper than California – the answer isn’t so straightforward. The truth is that it depends on which aspect of life you’re looking at.

Still, one of the most important costs you will have to pay is rent, and we have excellent news for you – renting prices are approximately 8% lower than those in LA. You won’t have to worry about groceries and everyday household items as well, as they are also a lot cheaper than in LA – food is 21% less expensive in The Big Smoke.

Also, you will have to set aside less for the entertainment. All in all, it’s safe to say that people spend slightly less than those who call LA their home. However, you must remember that even with all of these The Big Smoke is still one of the most expensive cities in the world. Home of the Big Ben has lower renting prices than LA

This one is a bit obvious, but the obvious things are the easiest to forget. Since you would be relocating to another English-speaking country, you wouldn’t have to bother with breaking the language barrier. If you’re not so keen on learning a new language, this is a great plus for you. It’s also perfect for those who are planning a last-minute move and don’t really have the time to learn the language of a place they will live abroad. UK has many benefits to it, and one of them is not having to learn a different language

Can Americans Just Move to London? Let’s See What You Need Regarding Documents to Move Abroad

Before you get all excited about the new life in Europe, let’s first set aside a minute to see how you can actually get into the UK – which documents do you require to travel abroad? Do you need a visa to enter this country? Although US residents can stay in the UK for up to 6 months without a visa (but they can’t work there without it), we’re guessing you would want to stay there longer.

In that case, you absolutely require a visa, and of course, you will have to obtain a residence permit. There are a few different types of visas, so you will have to do a bit of research and find out which type fits you. Also, keep in mind that the process of getting a visa is different for American citizens than for the rest of the world, so you have to be prepared for some complications. Americans can enter the UK without a visa, so take advantage of that fact

We all know that organizing a move isn’t easy, no matter the relocation distance from the old home. When it comes to moving overseas, things can get particularly complicated, which is why you need all the help you can get. That means you will have to book a top-notch relocation crew – finding an international moving company that can make this a smooth transition is your number one priority on the relocation to-do list. Don’t waste your time – start the search for the most reputable company. Remember, all the best international movers are always booked months in advance.

Get a Quote
Previous 6 Questions to Answer Before Moving From New York to London
Next How to Organize Important Documents at Home and Make Even Sheldon Cooper Proud?
Recent posts Everything You Should Know About Moving to a Different Climate

How to Get a Job Before You Move to Another Country Everything You Should Know About Moving to a Cold Climate How to Choose a Moving Company When Relocating Across the World Top Countries Americans Should Consider When Moving for a Job